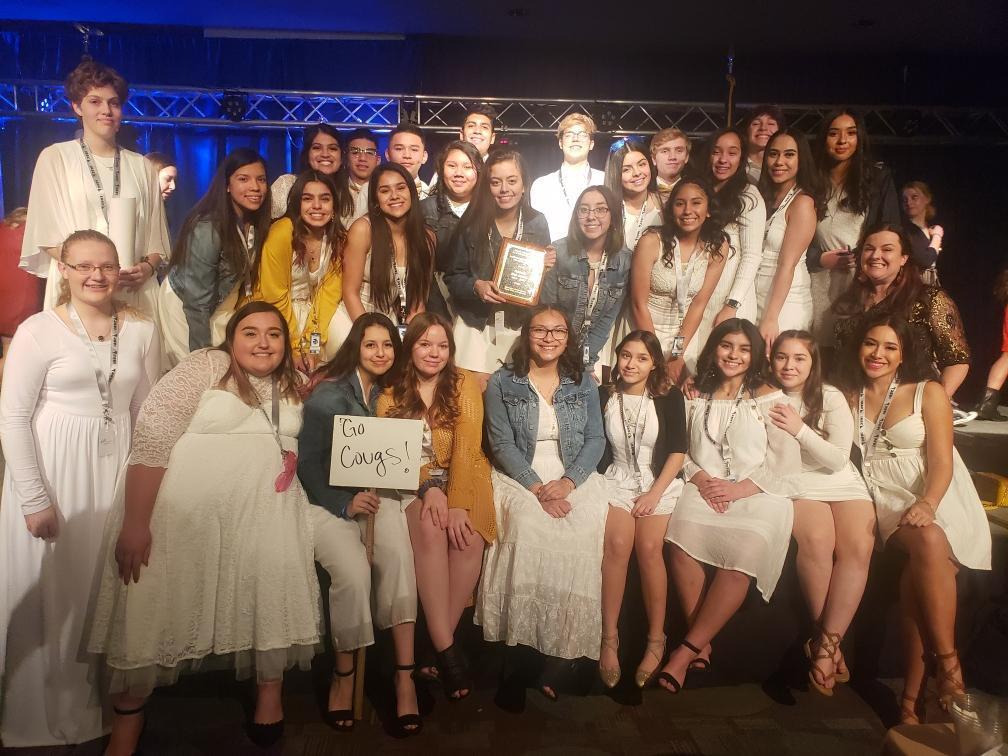 A HUUUGE shout out to our CHS Student Council!
Stu Co earned the Outstanding Student Council award this year and Andi was awarded Student Council Advisor of the Year! Congratulations!
Congratulations to CHS robotics
Lydia Beardsley, Joselyn Gutierrez, Mason Nelson, and Joseph Mondragon won their robotics tournament at Ridgevue and Vallivue high schools recently. They competed against more than 30 other robot teams and finished first place in both tournaments. To top that, they were awarded the tournament's highly sought after Excellence Award (which is based on multiple components including their robot design, technical skills, sportsmanship, and interview skills). Congratulations for their hard earned victories!
Congratulations to CHS Speech and Debate team
On January 24th and 25th, the CHS Speech and Debate team went to Mountain View High School to participate in the "Running with the Bulls" invitational tournament. They participated in speech and debate event.
Eliza Farrell and Kaylee Johnson both were in the Championship Round of Dramatic Interpretations; Eliza Finished 4th and Kaylee took 1st place! She was also the #1 overall ranked speaker for the entire tournament.Great job by the entire team.
Upcoming, the team has the WarHawk Invitational; National Championship Qualifiers at Renaissance and Capitol; then they are headed to districts!
View more accomplishments at Caldwell High School HERE
Files: